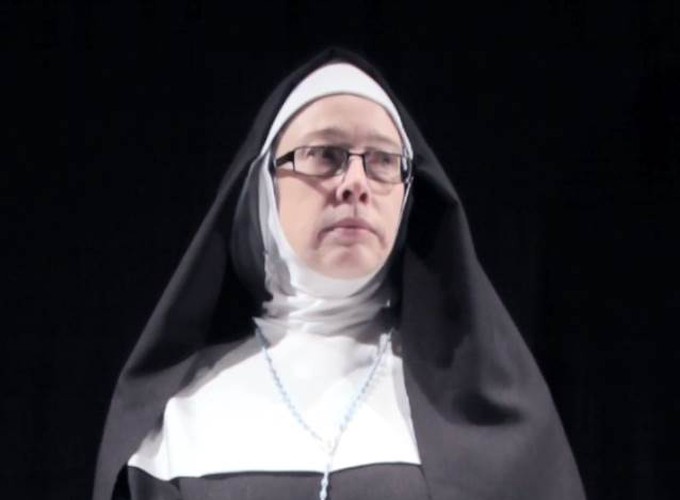 I’ve recently finished an artistic collaboration with multi-discipline Birmingham-based Live Artist Kate Spence.  Kate is embarking on a new long-term direction of work connected with the Magdalene Asylums of the Catholic Church.  Kate was able to begin this work thanks to being chosen as one of four recipients of the Maker Monday Commissioning Project (a fantastic achievement as it was highly competitive).  As part of this commission we were able to focus on building one aspect of Kate’s big vision.

The Magdalene Asylums is a delicate subject matter which has to be approached with care.  I was impressed with Kate’s bravery in tackling something so important.  The Magdalene Asylums were homes or more accurately work-houses for the ‘fallen women’ of the Catholic Church.  It was common that these woman would spend decades locked away and have their children taken from them.  The documentary ‘The Forgotten Maggies’ & the film ‘The Madgalene Sisters’ cover this in more detail.

After an extensive R&D phase looking at a wide range of technology, we decided to create a piece to simulate the way that the nuns treated the ‘fallen women’ in these work houses.

What was produced was a single-person installation piece which takes around 10 minutes in a large darkened space.  A full size holographic nun appears to float in one corner of the room. The nun orders the player to do tasks of increasing uneasiness and her reaction changes based on participant’s responses.

Kate essentially wrote a branching script (similar to a personal favourite of mine – the Choose Your Own Adventure Books) where in this case the choices are made by the player’s location or by what they say.  The nun’s reactions change based on whether you follow her instructions.  The software chooses from 50+ video clips of the nun to create the overall experience.

The technology behind this is a holographic projection ‘Pepper’s Ghost’, a ‘Kinect for Windows V2’ sensor and a custom software application.

Pepper’s Ghost illusion dates from Victorian-era magic – where a brightly lit offstage actor appears on stage by the reflection of their image in a sheet of glass.  Our slightly more modern version uses a projector and large sheet of Perspex.

The ‘Kinect for Windows V2’ is an incredible piece of technology produced by Microsoft – originally intended as a game controller for Xbox One (turning your body into the controller) it has been widely used outside of gaming.  The Kinect is a depth sensing camera allowing it to see distance as well as both the colour and Infra-red image.  This depth information can be used for a variety of purposes – most interesting is the ability to track the body and limbs of humans within view.  In ideal circumstances the Kinect can track up to 6 people at any one time.

The software has been developed to handle the information from the Kinect and hence it knows your location in the room as well as your vocal responses to the nun’s questioning.

I was particularly interested in this project as I’m fascinated by the ideas of surveillance, control and manipulation.  I’m hoping to explore this further using similar technology but away from the difficult subject matter of the Magdalene Asylum nun.

I’m thinking a more abstract experience that really allows the participants to be more playful and push the boundaries of the interaction.  How can participants be manipulated in a one-on-one experience?  Do they play-along particularly when they are aware that this is an artificial experience?  Do players suspend their disbelief or play with the ‘fourth-wall’?  And can we use their behaviour to profile them further?

I was particularly interested in the idea that while an outsider would consider the actions of the nuns as ‘evil’ the nuns themselves would have been convinced that they were doing ‘good’.