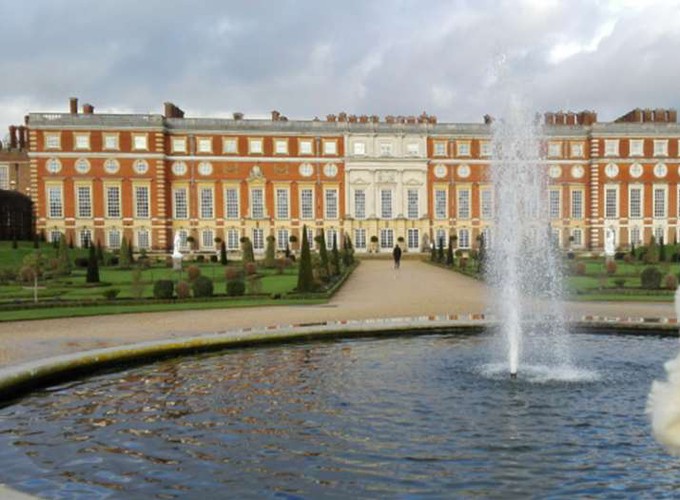 The idea: Cuddly Sheep as the Game Controller

We were fortunate to win a competition earlier in the year to develop a ‘playful experience’ to bring ‘The Great Pagoda’ to life.  The competition website is still up if you want to take a look at what we had to work with.

Our idea was an advanced audio tour guide in the shape of a cuddly sheep.  It would be more playful and interactive than the usual audio tour guides as it would be the sheep telling the story.  As a family you collect a sheep from the ground floor and it tells you to climb the Pagoda while it talks about educational & entertaining stories.  There are fun activities to do on the way – such as making sure the sheep is well fed and taking them to particular windows so that it can talk about the view.

One of our favourite features was that sheep would know the whereabouts of other sheep – so when you went close to another group the sheep would start talking to each other.

I should add that we hadn’t come up with the sheep idea just because of our natural love of sheep – there is a great history of sheep connected with both King George III & the pagoda.

“George III earned the nickname ‘Farmer George’ through his keen interest in farming and its improvement. One of his agricultural experiments was centred on improving the quality of his sheep’s wool by cross-breeding them with Spanish Merino sheep. Export of these animals was, at the time, banned by the Spanish authorities. However, Kew’s botanist, Joseph Banks, managed to acquire several Merinos for the King that were duly integrated into His Majesty’s flock. Subsequently sheep from the King’s flock were sold at public auctions that were held annually at the base of the Pagoda every August between 1804 and 1810 before the royal flock was dispersed in 1813."

Extending the location to outside The Pagoda

After a number of discussions with Historic Royal Palaces the project changed slightly to instead focus on the area immediately surrounding the Pagoda.  This was a positive decision that very much helped our experience.  It makes more sense for the sheep to be spending their time on the grassy area outside instead of climbing the stairs of the Pagoda.  This enabled us to include many more fun sheep activities and extend the experience to be much more game like.

When building these types of experiences I often use the word magical –as while they are very high tech, that is all kept behind the scenes.  Players shouldn’t even notice the technology and instead just focus on the fact you are helping a talking sheep on their adventures.  This ‘smart-sheep’ essentially becomes our game controller and all interaction with the game is through it.

For those that are interested – the intelligent technology is contained within the sheep – so an Android phone (with Bluetooth 4.0 & Near Field Communication capabilities).  The dumb technology is hidden in the environment (Beacons & NFC tags).  This allows the sheep to know when it is within a certain area or sitting on a certain location.  The players make game decisions purely by positioning the sheep in the world.

The game system is the clever part and is a custom software application.  It is written in C# using the Xamarin cross-platform development tools and runs on the Android phone – so a mobile app on a phone.  By using Xamarin it means that we’re not limited by hardware – it would be possible to have this running on iOS or Windows if required (although currently Apple don’t allow developer access to the NFC hardware!)

First ever Artists in Residence @ HRPStudio 🙂

As part of this commission we were invited to be the first ever Artists in Residence at the Historical Royal Palaces Studio.  The main goal of this residency is to work on the project with HRP input, engage with the public and test with internal groups.

We built a prototype before we arrived in residence and then with access to the vast knowledge of HRP staff were able to customise aspects of it to ensure we were historically accurate (so it would educational as well as fun – although mainly fun!).

This ‘vertical slice’ (note there is some ambiguity & debate over this term) – so a complete playable experience from beginning to end with work from graphic artists and real voice actors.  This allowed a version of the game to be played as well as testing some of the game mechanics e.g. cheekily eating forbidden vegetables from the palace gardens before being caught, or figuring out a password to get into another area.  This prototype game takes a small group just under 30 minutes to play through in its current form.   It contains over 80 individual audio segments spoken by 5 different game characters.

One of the main benefits was to run two afternoon play-test sessions:  the first with staff and then the second with their families.  We were delighted with the feedback from both sessions.  The most useful was seeing families engage with it.  No matter how many times you’ve done this before there is always something you can learn by standing back and watching your target audience playing with the game.  The weather wasn’t idea for the second test as it was absolutely pouring down – but it was heartening to see smiling families enjoying themselves and playing it through it to the end.

The feedback from the staff was also very positive and they were impressed at just how far we had got with this prototype at this stage.  The fact that it was a complete experience was clearly above their expectations at this point 😉

It has been a fantastic opportunity and surely one the most beautiful and historically important places that I have made games!  It was hugely exciting to walk into ‘work’ each day when work is the magnificent Hampton Court Palace.  We made sure that on our lunch breaks to take in different parts of the palace so got to see the fabulous location and amazing interpretation (both static & live!).

The technology and game mechanics proved so successful that I’m sure we’ll be using a variation of this game for another location in the near future.  Watch this space!