Fame Game is an outdoor Murder-Mystery played on the streets of Birmingham. It is themed around a TV Dance Talent competition where Sophie, one of its stars, has disappeared. The production team can’t find her and everyone is worried. You (and your small team) are tasked with collecting evidence and speaking to suspects to figure out what has happened to Sophie.

Teams are provided with a digital backpack into which they gather their evidence. By visiting physical locations, teams collect information and evidence from the suspects (the contestants & judges).

Before Sophie went missing it seemed that she was suspicious of someone or something connected with Fame Game. Hopefully, her videos diaries she recorded over the past week will shed some light on things.

Along the way there are a variety of puzzles to solve and clues to analyse. Only if players are able to piece together all the information will they be able to learn what has happened to Sophie.

The players aren’t alone. Annie, head of production for Fame Game, is also very concerned about Sophie. She’ll be at the end of a SMS conversation and available throughout to share information and ideas with.

Fame Game lasts 2+ hours as a group / family experience and encourages players to explore their city while collecting evidence to find Sophie. It has been designed so that teams can take a break and grab a coffee or lunch while they piece together and analyse the information. 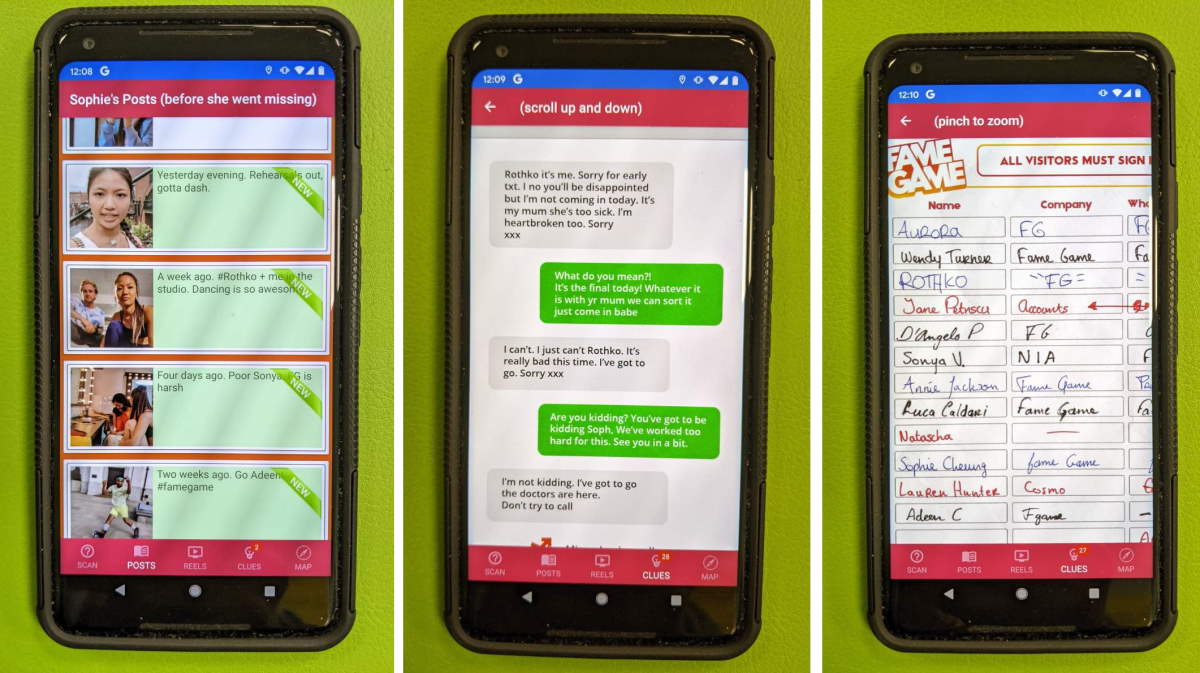 If you’ve read my other blog posts you’ll have come across my ‘point of interactions’ idea for multiplayer games. Allowing players many ways to interact with the game simultaneously. In Fame Game, players have:

This allows different players to be doing different things in the game at the same time. Meaning that an individual player does necessarily need access to the Digital Backpack at all times. 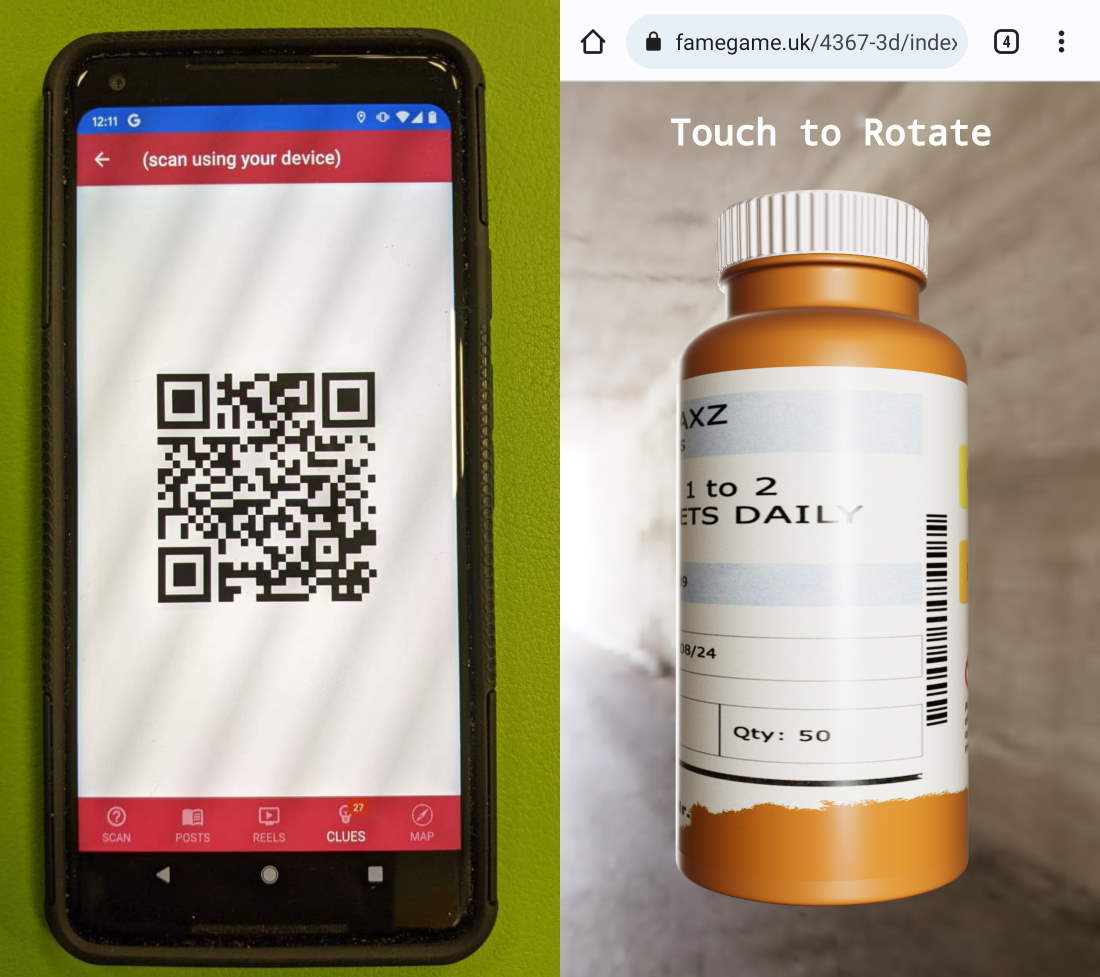 A great deal of this is used for monitoring the teams. When giving players devices and not expecting them back for 2 to 3 hours, it is problematic if you’re unable to see what they are up to. Perhaps they’ve stopped for lunch, perhaps they have got lost, perhaps they’re stuck in the game or even abandoned playing all together.

We’re able to monitor where teams are and what they are up to in great detail. This is also extremely useful during the play-testing phase where you want to make tweaks in response to the player experience. Having lots of data is essential to improving the game.

We’re able to monitor where teams are and what they are up to in great detail. This is also extremely useful during the play-testing phase where you want to make tweaks in response to the player experience. Having lots of data is essential to improving the game.

Fame Game was developed with Mercurial Dance and was soft-launched in Birmingham in October 2021. Fame Game will tour more widely in 2022.

This is a sneak preview of meeting Rothko, one of the judges. I love the high quality video production throughout the game… but you’ll have to play it to see more :)