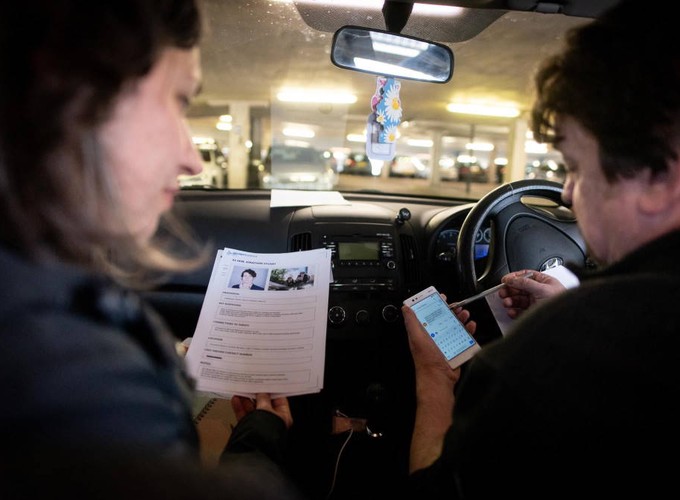 A Moment of Madness – On Tour!

A Moment of Madness is a project that I’ve been collaborating on with Katie Day of The Other Way Works for over 5 years now!!!  In fact you can even see some of the earlier blog posts on it here:

Anyway – now it’s out there I wanted to write about it some more (doing my best to avoid giving away any spoilers) and also to mention that Katie and I are running a FREE 2-day Immersive Theatre workshop this September in Birmingham.

aMoM is on Tour

Finally, it’s 2019 and it’s been touring festivals.  It was a huge honour to be able to premier at FlatPack Festival at the Birmingham Rep back in May (and amazing to sell out the entire run in just a weekend!). We’ve just returned from the rather incredible Stockton International Riverside Festival where we had a fantastic time and received great feedback.  We’ve got one more festival booked in for later this year (TBA very soon) and then hopefully we’ll be on the road again in 2020!

To be fair some of this delay was our insane attention-to-detail and overly complex story world we’d built but it’s also related to the fund-raising process, aligning with festivals and Katie taking some maternity leave!

So what was it again?

#aMoM is a piece of Immersive Theatre / Urban Game where players are on a live stake-out in a public car park.  Players are provided with a stationary stake-out vehicle for the middle portion of the show.  6 teams of players stakeout 6 locations within the car park to ensure we have good coverage of whatever deed we suspect is about to happen there.

Players assume the role of MI5 agents and have been tasked with investigating the world of a politician who is expected to become our next PM.  We have intelligence that he’s heading to a particular car park and a list of people who we suspect he may be meeting.

What happens next I can’t reveal – you’ll need to play to figure it all out.

Katie and I have been hugely fortunate to find an amazing team of people to help us put the show on.  So huge thanks to: Tricia Coleman who has come on board to Produce & Den Body our Stage Manager (two of the hardest jobs in the world – trying to get Katie and I to give up control of the show and have the complete trust in them that we do).  Massive thanks to our incredible cast (who appear both live in the show but also remotely!)

Behind the scenes we’ve had lots of help but special mentions to: Niels Dielen and Anthony Lamb

And as always it’s been amazing to collaborate with Tim Wright – who among other skills has an encyclopedic knowledge of dodgy politicians.  We wrote the story back in the good old days when UK politics was considered somewhat dull!

There’s so many more people and organisations that deserve our thanks – but that would take over this post somewhat!

I’d really like to talk more about the show and exactly what we’ve tried to do – but it’s impossible to do that without giving away spoilers.  So that will be someway down the line or if you hear me talk about it in person.  Speaking of which…

Katie and I will be running a two-day workshop where we talk about aMoM in much more detail, lifting the lid on some of the magic in terms of the game design and technology that makes it all work.  During this workshop we’ll be working in small groups to develop our own experiences drawing on aMoM (ideas, tech, games, real-places, theatre).